So on a recent shoot with Guy Fieri (MY NEW BEST FRIEND) at his behemoth Times Square restaurant, I yet again rocked the double slider set-up, marking the 8 billionth time I’ve used this set-up. So I figured it was high time I got my own. As I’ve mentioned in a previous post, I’m a huge fan of Cinevate’s Atlas 10 slider.

After receiving my Atlas 10, I opened it up and exclaimed, in the words of She, “WHY IS THIS SO THICK? WHAT IS THIS EXTRA GIRTH THAT I WAS NOT EXPECTING? MY THIS IS SMOOTH.” 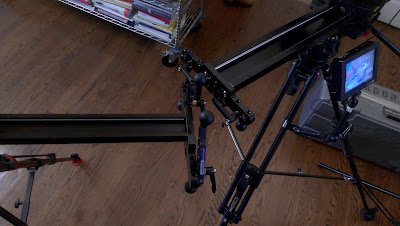 Side-by-side, the rail on the Atlas 10 that Adorama rents out (left) is essentially half as thin as the actual Atlas 10! 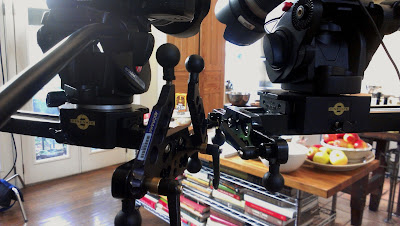 And the carriage itself is also only about half as big! (the Cinevate logos above are the same size) So what exactly is this bizarro anorexic Atlas 10 that Adorama is renting out? #SCANDALLLLLLLLLLLLLLLLLLLLLLL

It seems like this thinner 35″ rail is actually part of the vertical kit that Cinevate makes for the Atlas 10 (note the carriage sizes above). Now, I’m not sure why Adorama opted for a whole bunch of just vertical kit rails, especially since they’d have to then separately order the end caps and feet and re-build each slider… Oh Adorama, what a quandary of a business you are. 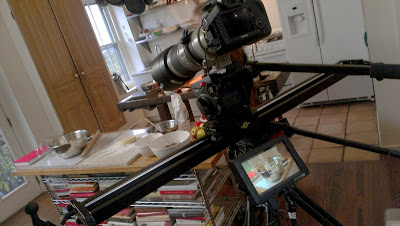 While it is heavier, I do actually welcome the wider rail and carriage. A MkIII with a 70-200 pretty much maxes out the Adorama Atlas 10, but the version I have now at least feels like it’ll handle much, much more. I get a little less travel with the wider carriage, but it does let me put a beefier head on there as well as a larger camera package~

So those looking to throw down for an Atlas 10 after playing with Adorama’s, BE WARRRRRRNED, it’s not quite gonna be what you expect it to be… 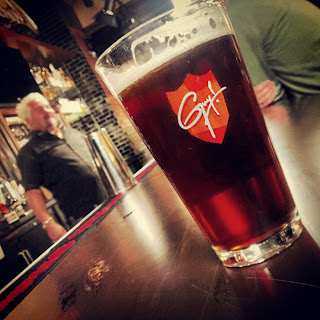 …unlike Guy Fieri’s restaurant, which is EXACTLY what you expect it to be: