I was super excited to visit the Shape booth over at NAB because I absolutely LOVE their handgrips. They don’t have an unnecessary amount of articulation (like the O-connor’s O-grips or the Zacuto ones), and because they use rosettes instead of a ball-and-joint lock, they’re rock solid. Plus they’re only $300! 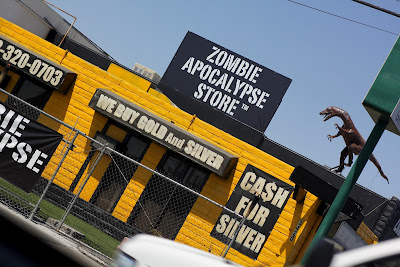 THANK. GOODNESS.
My only irk with the handles was that they could only be used with 15mm setups, and not 19mm studio setups. I’ve always liked the idea of accessories that can adapt across systems, whether it be DSLR or RED or a camera mounted on the head of a chicken.
So I was pumped to hear that Shape just announced a new hybrid 15mm/19mm rod block that adapts to their Arri rosette handgrips. 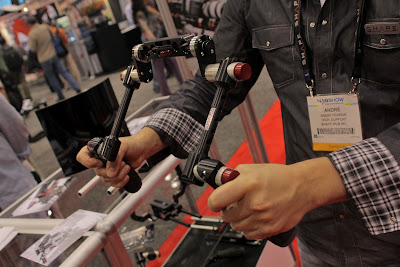 The price-point is miles above their 15mm grips unfortunately, at $1499 for the handles and $269 for the rod block. To be fair though, I imagine these would be the last set of handgrips you’d ever have to buy. SLOT MACHINE TIME.
—
Over at RedRock Micro, they had working demos of their wireless follow focus system, which, I hate to say, is not as horrible as I thought it’d be. I remember seeing videos from NAB last year of their prototype iPhone remote thing and was like, YOU STOP THAT. YOU STOP THAT RIGHT NOW, BRIAN VALENTE.
But they have managed to create something here which, at the very least works like an electronic follow focus should. 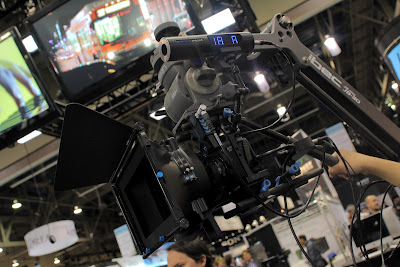 With the airwaves clouded up by so many electronics (particularly in the sound dept, DAMN YOU SOUND), most vendors actually couldn’t even demo any wireless products. So I’ve yet to see the wireless transmitters and receivers in action, but the guys over at RedRock say they have a range of 300ft. 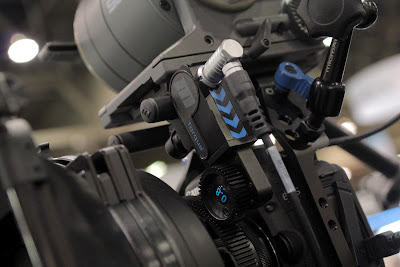 Their motors are actually smaller than Heden motors, and they say they perform just as well… SKEPTICAL. 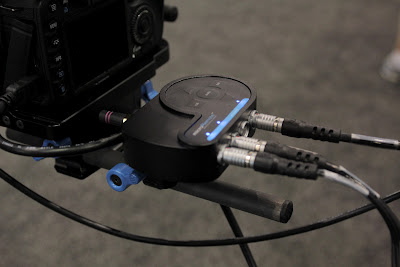 I will say though, I’m not a big fan of their receiver design. On this and their remotes they use these buttons that feel like your grandma’s tv remote buttons after she wrapped it in 13 layers of plastic wrap because you kept spilling juice on it whenever you’d visit. There’s not much physical feedback to denote that it’s been pressed, and in the dark, the near-flush buttons may become hard to see. 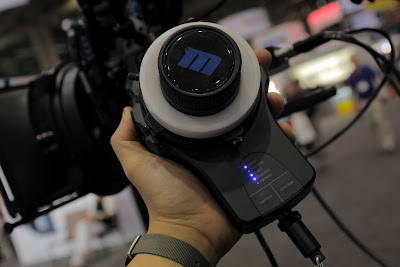 The remote too is curiously un-ergonomic. It can be powered internally, but the power input as well as the input for if you wanted wired control is right where your hand would naturally hold it.
It has its design flaws, but here’s the kicker, IT’S ONLY $2400 FOR THE WHOLE KIT. Considering a Bartech sans motor is already $2100, with a motor running you at least another $2600, it’s quite the attractive option for entry level users.
Again, how it stands up to actual production, we’ll have to see~
–
Finally, some more things from Arri! 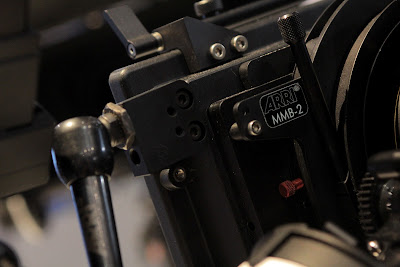 Here’s an aks block that has a 1/4 20 and 3/8 16 taps to mount whatever your heart fancies to your MMB-2 (I use mine to arm out a mirror to make sure no zombies are attacking me from behind). This way you can get monitors a better distance away from your face as opposed having to crane your head back all the time like you’re avoiding the mouth of that girl at the club who more than likely has mono who’s trying to drunkenly make out with you. Plus it’s only $30! (the aks block, not the girl at the club) 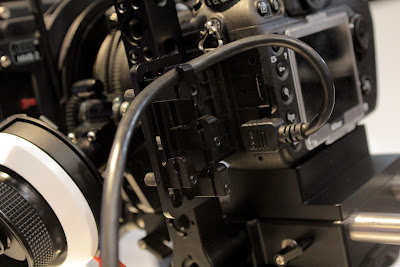 HDMI cable locks are getting pretty popular these days, because it turns out people really like breaking HDMI cable. I KNOW I DO

This makes Germans frown though, so here’s Arri’s cable lock system. What sets this apart from most is that it doesn’t mount flush to the body, which often blocks the other ports on the camera. Instead, it mounts to Arri’s DSLR cage. I for one have never been a huge fan of cages. I find it completely defeats the purpose of shooting on a small body~ 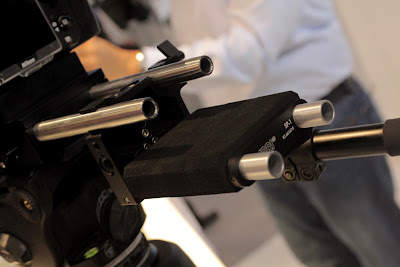 And lastly, here’s Arri’s shoulder pad. I’m not a huge fan of the actual pad, but I am a fan of the quick release rod block it’s attached to. You can use it mount other accessories such as battery plates or what have you. Its design allows you to attach and release it at any point on along your rods, instead of having to slide them all the way off one end.
While the idea is nothing new, it is by far the smoothest version of this I’ve played around with~ It’s essentially the same way the Arri MFF-1 attaches to rods.
—
Now if you’ll excuse me, I’m off to continue my win streak at these awesome new official Dark Knight slot machines. Because, you know, that’s why Christopher Nolan even made that movie in the first place.