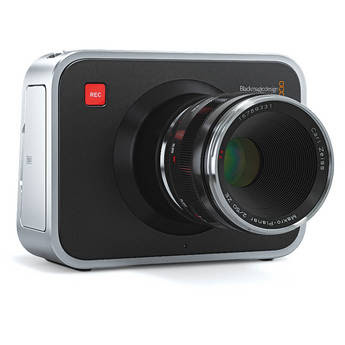 ZOMG. Blackmagic’s doo-dad movie-making box is now available for pre-order from B&H! Personally, I say hold off until the next iteration, which I imagine will be pretty damn soon given how often these things are coming out. It’s a neat camera that produces impressive results, but if you’re looking at it as an investment as a production camera, there are just too many design irks in my opinion. Until there’s a confirmed non-touchscreen way to operate the thing, I’m gonna pass. Or as Jim Cramer would say, BUYSELLBUYSELLBRAWWWWWWWWR.


But hey, if you’ve got $3,000 in singles lying around that you need to hide because you’ve secretly been moonlighting as a stripper and you don’t want anyone to know, then knock yourself out.