By Tim Wu on April 17, 2012 in Blog
1
0
So I live in Manhattan now, but I grew up on the west coast in a suburb outside of LA called Rowland Heights, area code 626 (or 818 for you old school folks). While I absolutely love living in New York and more than appreciate all the great food that fancy pants local markets and restaurants have to offer, every time I come back to visit home I find myself facing yet again one inexorable truth: shitty fast food is FUCKING DELICIOUS.
Thus, every time I visit home, my brother and I go on what we dub “shitty fast food runs,” where we plan a route that in a single day hits as many of our guilty pleasure west coast fast food joints as possible. Yes, this is perfectly healthy.
1) The Sourdough Jack at Jack in the Box 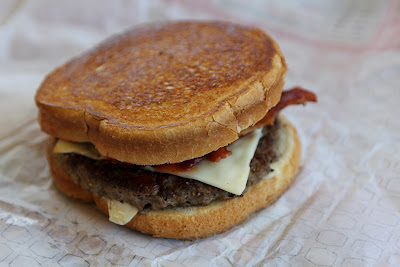 I find there are essentially three schools of thought when it comes to burgers. 1 – the thick steakhouse burger a la Peter Luger or Alias, 2 – the small but thick almost meatball shaped burger a la Dumont or Corner Bistro, and 3 – the wide floppy fast food / diner burger, where there is no choice in done-ness, the only option is wide floppy curiously juicy deliciousness. The Sourdough Jack is that latter burger. 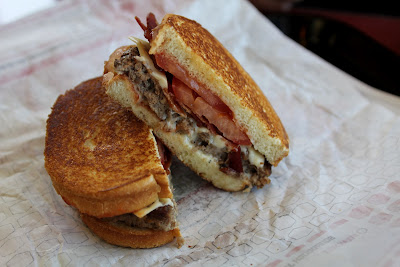 DA-MEN SHOW! (CROSS SECTION SHOW!) Don’t get me wrong, I love me some perfectly medium-rare all beef burger with a nicely seared crust, but every now and then, I just want that perfect storm of buttery toasted sourdough, tomato, beef, cheese and bacon that is the $4 Sourdough Jack. Be sure to get it without mayo though because, you know, that makes it healthy.


2) The Classic Beef & Cheddar and Curly Fries at Arby’s 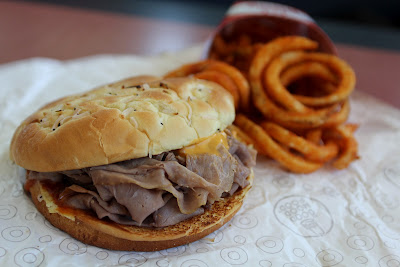 I’m not going to try to defend the Beef & Cheddar from Arby’s. I really have no idea why I find this thing delicious. I think at this point it’s just for nostalgia sake, but I. CAN’T. STOP. I will defend their curly fries though. Now I’m sure Arby’s didn’t invent the curled french fry, but it was the first place I ever had ‘em, thus I forever associate Arby’s with the seasoned curly fry, AND ALL OTHERS ARE FOREVER SAD IMITATIONS. On a completely unrelated note, is there some unspoken universal seasoning for every curly fry on the planet? 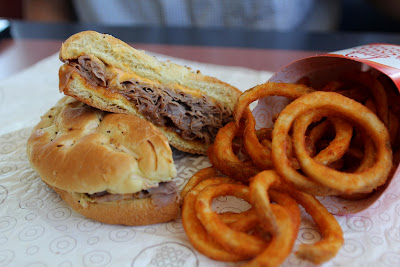 
3) The Hot Dog from Costco 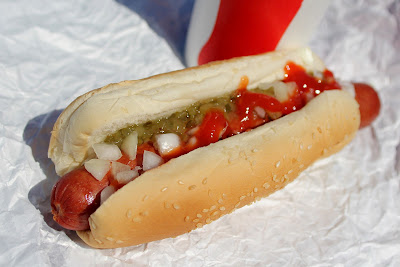 To this day, I’ve yet to find a more satisfying hot dog than the classic Costco hot dog. Why? IT’S ACTUALLY FILLING. This is a hot dog that feels like a real meal for a change, plus it’s buck… and you get a soda!… and all the great deals at your friendly local neighborhood Costco! 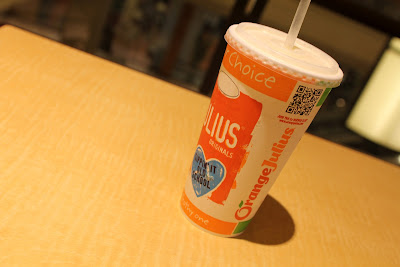 It’s a melted orange creamsicle that’s frothy. I mean, what? 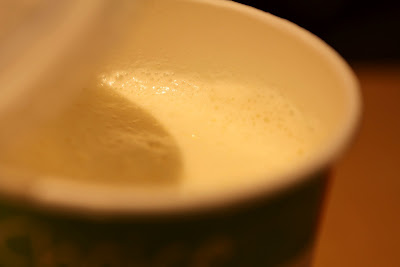 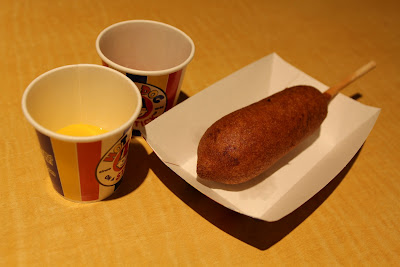 IT’S FRIED CHEESE ON A STICK. 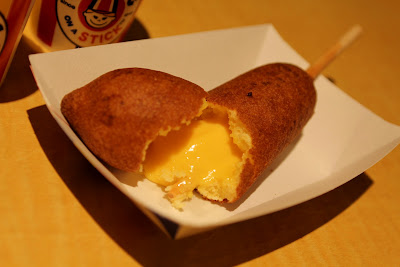 
6) The Beef Burrito and Carnitas Super Nachos at Moca Salsa 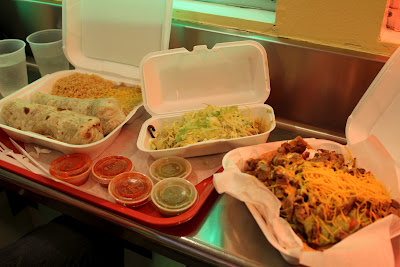 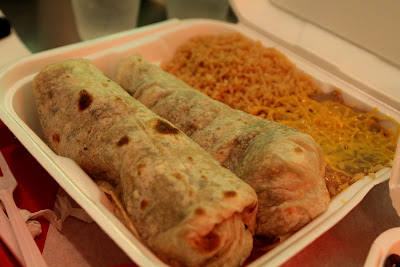 This costs 7 bucks. Rice, beans, AND TWO BURRITOS. Nobody needs two burritos in a single meal, but TOO BAD, you get two burritos. And goddammit, they’re delicious burritos. Even before you get to the filling, Moca Salsa has incredible tortillas. Soft and chewy, they layered almost like a croissant. And inside is piping hot stewed pulled beef with bell peppers and onions. 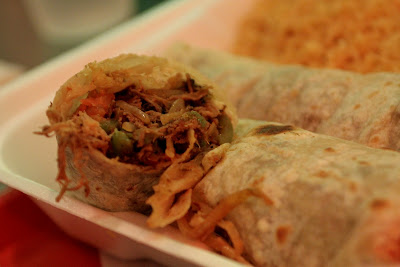 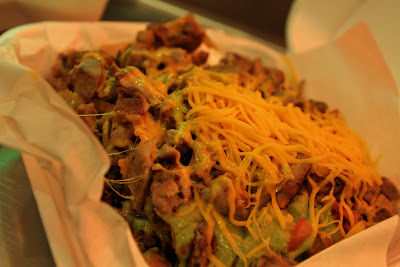 And yes, I know Moca Salsa is more known for their Super Fries than Super Nachos, but I’ve found that Super Fries are just wayyyy to filling. I mean, it’s like, 4 lbs of french fries topped with guacamole, salsa, beans, sour cream, and meat. NACHOS INSTEAD MAKES IT LIGHT. Either way though, super anything is a godsend, especially with carnitas instead of carne asada.


7) The Oreo Shake at Jack in the Box 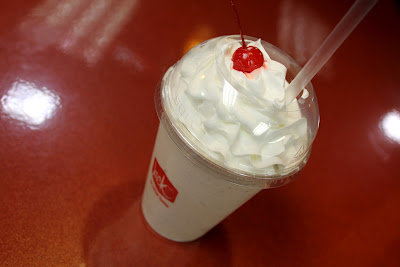 Well ya gotta come full circle, and the Oreo shake from Jack in the Box is a beautiful thing. This is no ordinary milkshake, IT’S JUST SLIGHTLY MELTED ICE CREAM. The straw is purely for aesthetic purposes because it’s literally impossible to drink this thing through a straw. You’re better off using it as a really inefficient spoon, which is really the only way to properly enjoy this glorious dessert. 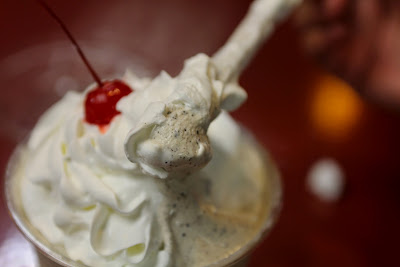 PLUS, IT HAS A CHERRY SO IT’S LIKE EATING FRUIT.
Permanent Link