How Canada does Chips

By Tim Wu on April 26, 2012 in Uncategorized
1
0
Whenever I go to Japan or Taiwan, there’s only one thing I look more forward to experiencing again than the incomparable awkwardness of otaku maid cafes: FOREIGN CHIP FLAVORS.
Foreign countries always have flavors of chips that are 8000 times more exciting than American flavors for some reason. Like these CLAM CHOWDER FLAVORED DORITOS.

So during this past shoot in Canada, in between my extreme Tim Horton’s binges, I sought me out some foreign Lays (IF YA KNOW WHAT I MEAN). 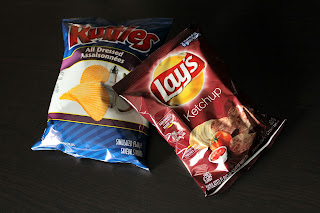 Here are two in particular that caught my eye. And by “caught my eye,” I mean “was closest to me when I remembered I was in a foreign country and that foreign countries have crazy potato chip flavors.”
Ruffles – “All Dressed” 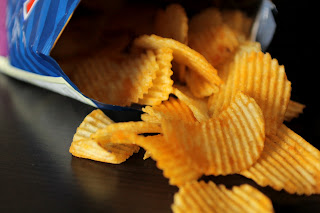 OH CANADA, you’re so vague. Turns out bring flavored with all of the dressing in Canada amounts to tasting like french dressing, which I suppose is historically accurate. Rating: NOT BAD, CANADA. 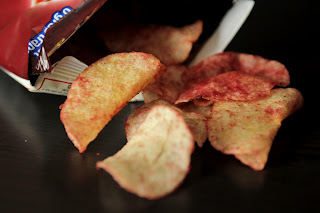 There’s a reason nobody dips potato chips in ketchup. KETCHUP POTATO CHIPS ARE THE MOST HORRENDOUS FLAVOR IN THE WORLD. I’ve literally never tasted anything as horrible as Lay’s Ketchup chips. It’s not that I don’t like ketchup. Ketchup is delicious. It’s a great source of lycopene, which can help fight osteoporosis, diabetes, and reduce your cholesterol. Plus it makes my sweet potato fries super tasty.


On top of that, the sourness leaves an aftertaste that is as if all 6000 of my tastebuds just marathoned Human Centipede 1 and 2, then Fever Pitch, then Adam Sandler’s Jack and Jill.