By Tim Wu on May 22, 2012 in Gear
0
0
I was recently on a shoot for Bon Appetit Magazine and I finally got the chance to play around with Cinevate’s Atlas 10 slider, which I have to say, has actually become my new favorite slider for lightweight HDSLR work.
I used to be Kessler all the way. I had tried both their Pocket Dolly and CineSliders on various past doc shoots, and while not perfect, their roller bearing system was miles better than the friction based sliders I had used before, like Glidetrack’s.
But an Adorama rental guy told me that they recently dropped all their Kessler sliders, opting for Cinevate’s instead. “The Kessler ones are a pain the ass, they keep breaking for some reason!” he said as he used a stack of c-stands to bank-shot a lens bag into a returns bin. 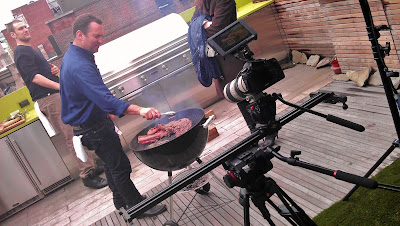 But I’m a fan! It’s miles lighter than the old CineSlider and performs a whole lot better. It doesn’t have a drag adjustment like the CineSlider, but it doesn’t need it. The amount of drag is really quite perfect. You can feather in moves with a single finger quite nicely (THAT’S WHAT SHE SAID). 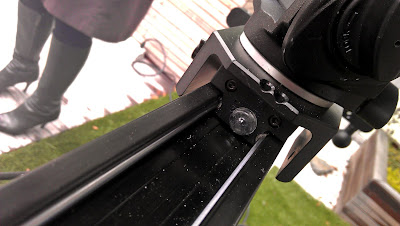 It’s thin, but surprisingly rock solid (THAT’S WHAT SHE SAID). The rails are guarded so they won’t get damaged during travel, and in the center there is a rubber dot so you don’t clink against the ends of the track (THAT’S WHAT SHE SAID?).
It’s a shame Adorama only carries the 36″ version. There are longer and shorter versions that Cinevate makes, but at 30 bucks a day, you really can’t complain. OH, ADORAMA, you shall forever be the Wal-Mart of rental shops… 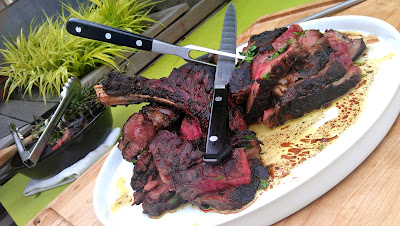 Oh yeah, and this was crafty on set today. Gosh these shoots are tough… UNLIKE THIS STEAK. 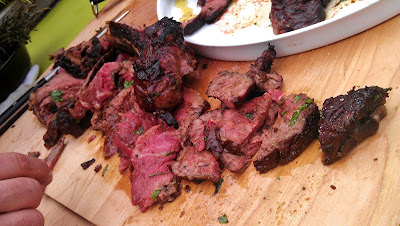