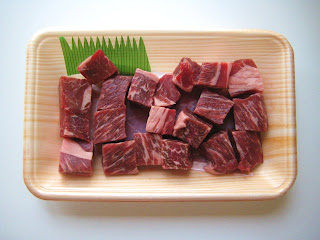 The traditional recipe calls for thinly sliced beef, like that used in sukiyaki. But I like large chunks… because why not. The beef I’m using here is prime chuck. You could easily make this dish with pork or chicken. The flavor won’t change too much. 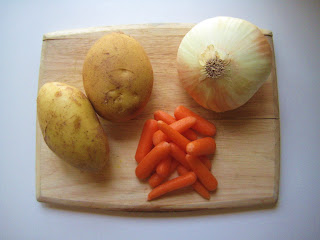 Our vegetables from left to right: 2 medium potatoes, 1 medium onion, a handful of baby carrots. They don’t need to be baby carrots, I just had a bag of ‘em lying around. 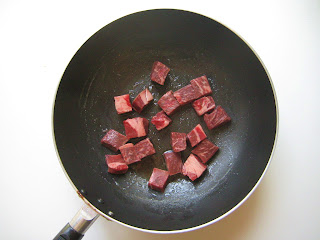 So we start by browning the beef over high heat. 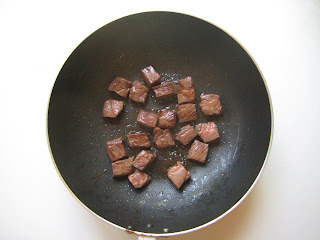 Just until they pick up some color. 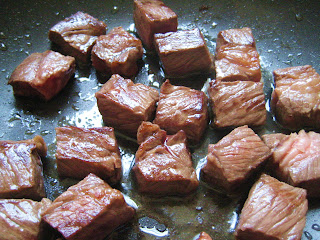 At this stage, the meat will still be around medium-rare. 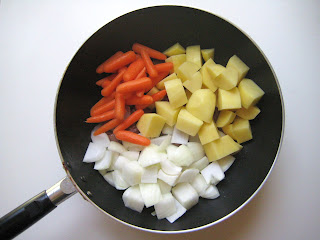 Then we add our vegetables, chopped into bite-size pieces to match the beef. 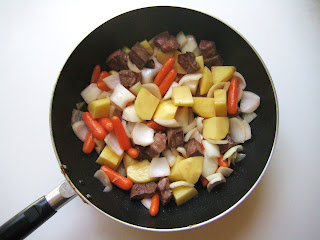 This is sauteed for around 5 minutes, just until the onion starts to cook. 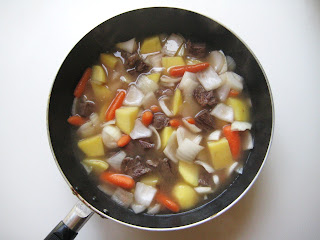 Then we add enough dashi broth just to cover. Here we are using about 2 and a half cups. Dashi is sold in most Japanese markets in a granulated form in packets, so making dashi broth really involves just adding water. 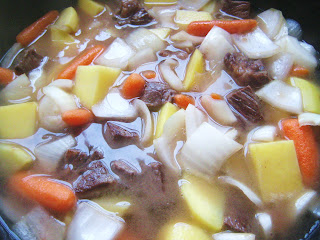 When this comes to a boil, the heat is turned down to around medium/medium-low, and we cover, and simmer for about half an hour, or until the potatoes soften. After which, we add around 2 tablespoons each of soy sauce and sake. Then we add brown sugar to our liking. Of course, the soy sauce and sugar can be substituted for bottled sukiyaki sauce. Same ingredients~ Sukiyaki sauce can border on the sweet side though, so balance it out with some salt, or more soy sauce if it’s too sweet for your tastes. 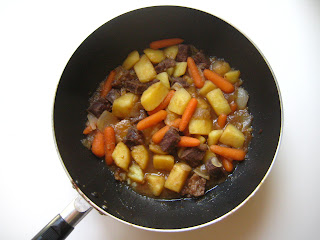 Cook uncovered over low for another 8 minutes or so to reduce the liquid and cook the alcohol out of the sake. 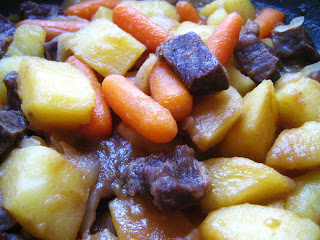 By now, the onions have dissolved, and, combined with the starch from the potatoes and reduced broth, forms a nice sauce. There’s not too much sauce, but just enough to coat the meat and vegetables. 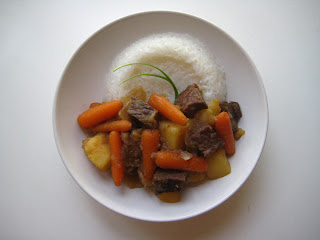 Served with some white rice, and this stew is Japanese comfort food at its best. 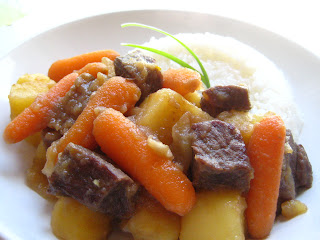 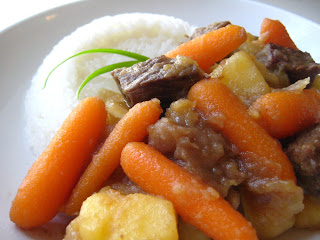